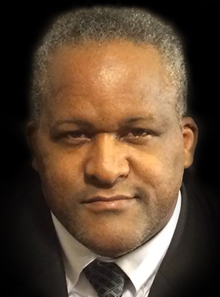 Daniel Whyte III has spoken in meetings across the United States and in over twenty-five foreign countries. He is the author of over forty books. He is also the president of Gospel Light Society International, a worldwide evangelistic ministry that reaches thousands with the Gospel each week, as well as president of Torch Ministries International, a Christian literature ministry which publishes a monthly magazine called The Torch Leader.

He is heard by thousands each week on his radio broadcasts and podcasts, The Prayer Motivator Devotional, The Prayer Motivator Minute, as well as Gospel Light Minute X, the Gospel Light Minute, the Sunday Evening Evangelistic Message, the Prophet Daniel’s Report, the Second Coming Watch Update, The History of Christianity, The Reasons to Believe, Understanding God’s Great Salvation, and the Covenant and the Cross.

He holds a Bachelor’s Degree in Theology from Bethany Divinity College, a Bachelor’s degree in Religion from Texas Wesleyan University, a Master’s degree in Religion, a Master of Divinity degree, and a Master of Theology degree from Liberty Baptist Theological Seminary. He has been married to the former Meriqua Althea Dixon, of Christiana, Jamaica for twenty-six years. God has blessed their union with seven children.

Evangelist Daniel Whyte III was born into a very religious family. He was brought up in the church, and on occasions he took part in the church activities. As Daniel got older, he adopted a life of fast living, drinking, rock music, and partying. While he increased in his life of sin and degradation, he developed a deep hatred for religion and preachers, including his own father. His hatred grew to the point that he had vowed to many of his close friends that he would never be a preacher.

At the tender age of seventeen, Daniel left home and started working as a trainer for a restaurant chain across the states of North Carolina and northern South Carolina. During this time, his life of wickedness and rebellion intensified. Daniel Whyte was on the broad road to a devil’s hell. But by the gracious providence of God, he was led to sign up to join the United States Air Force. He signed up on August 15, 1979, just a month before he turned nineteen years old.

At that time, Daniel Whyte did not know what was happening in his life, for he planned to continue in his sin. But after three and a half months of the Lord dealing with his hard heart, one cool Wednesday evening, around 8:30 PM, December 19, 1979, a young man, by the name of Michael Lewis, came to his dorm room and showed him the “Romans Road” to salvation from the book of Romans in the Bible. Sad, but true, this was the first time Daniel Whyte had heard a clear, understandable presentation of the Gospel, even though he was raised in the church.

On that memorable night, December 19, 1979, Daniel Whyte received the Lord Jesus Christ into his heart, and was marvelously Born-again. Three days later, he was on the street corners of New Orleans in the rain and cold, preaching the glorious Gospel that had just saved him, and he hasn’t stopped since. He has gone on to travel and preach in 43 states and in the following countries: Germany, Spain, England, Belgium, France, Italy, Japan, Russia, Virgin Islands, Jamaica, Antigua, Puerto Rico, St. Kitts, Ghana, Nigeria, the Philippines, Mexico, Netherlands, Korea, Malta, Togo, and Benin. Through his ministry, there have been thousands of professions of faith. TO GOD BE THE GLORY!